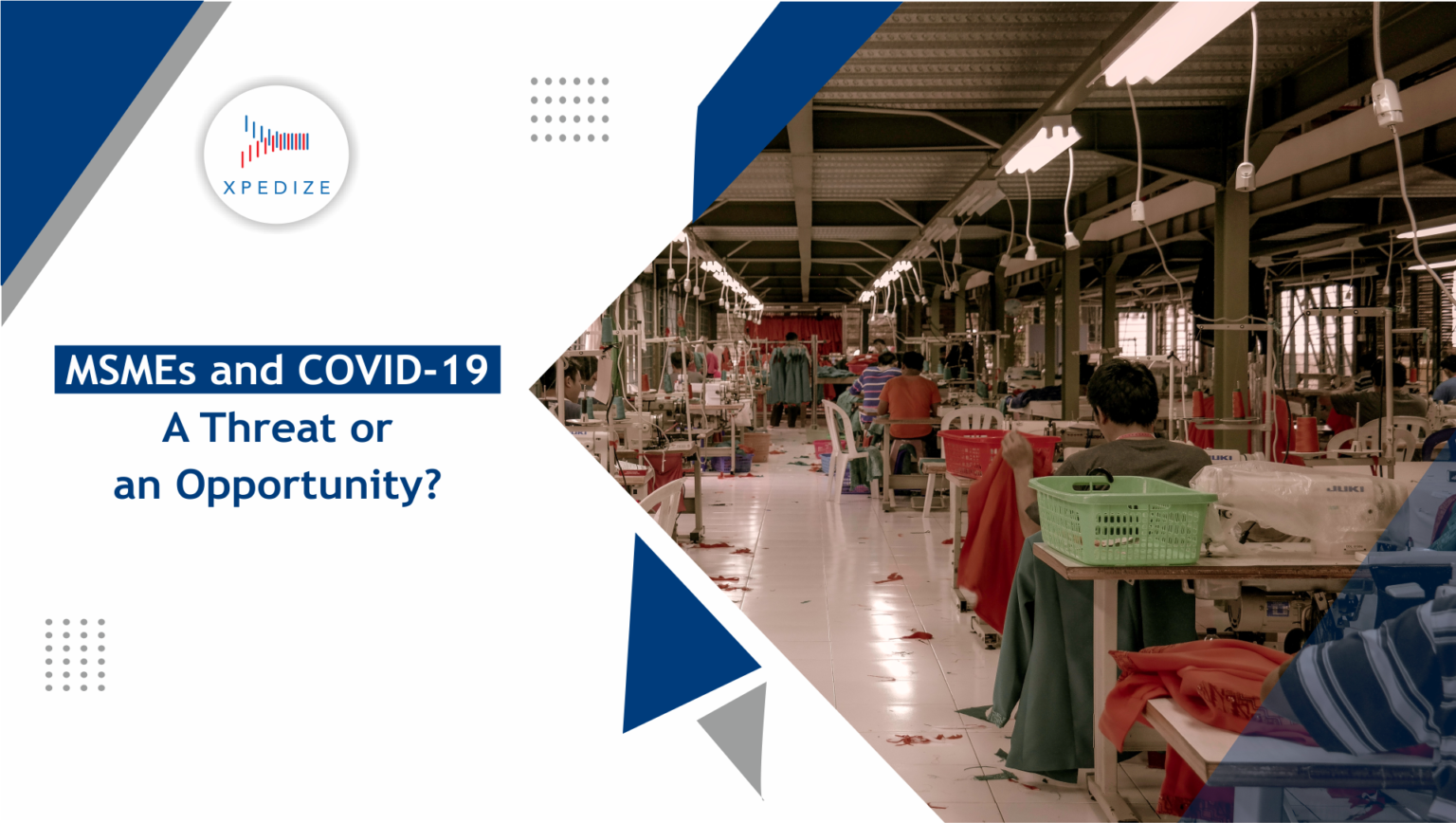 Over the past 21 months, ever since the world was introduced to the menace we know as COVID-19, and the global pandemic that followed, the world has not remained the same. Unprecedented disruptions hit the Supply Chain realm like never before, especially in India, where the pandemic led to the imposition of a nationwide lockdown in March 2020, severely impacting the Indian economy at large, and the Micro, Small and Medium Enterprises (MSMEs) in particular.

In this blog, we explore the brief history, timeline and impact of the COVID-19 pandemic on Indian MSMEs and the Indian economy as a whole, what we can learn from history as we know it, and what’s next for our economy.

An overview of Indian MSMEs: The catalyst for the economic growth

By far the most important growth engine of any developing economy like ours is the Micro, Small and Medium Enterprises. And that is especially true for India, where there exist an estimated 6.34 Crore MSMEs, employing approximately 11 Crore Indians, producing, designing and manufacturing more than 6000 products for both domestic and international consumption. These statistics make it the second-largest source of employment for Indians, after the agriculture sector, and responsible for around 29% of the country’s Gross Domestic Product. But most importantly, MSMEs account for almost half of all the country’s exports, making their existence extremely crucial for the economy as a whole.

The COVID-19 Pandemic and its aftermath

The COVID-19 Pandemic that took the world by storm, affected the MSME ecosystem of the country like never before. Unprecedented national lockdowns and other restrictions to check the spread of the deadly Coronavirus, followed by supply chain disruptions, complete lack of demand, the mass exodus of labor, led to a situation most MSMEs never experienced before.

This existential crisis was, thus, exacerbated by a major cash-flow crunch, a major downturn in demand, rising input costs and labor shortages leading to a more-than-tangible dip in profitability and even worse problems of liquidity and working capital management. This further led to a cascading effect on debt repayment, statutory dues, payment of salaries and wages, among other issues faced by the sector as a whole.

Some enterprises, however, muscled their way through this crisis by thinking out of the box and switching to the production and manufacturing of essential commodities that were in high demand throughout the period: these included alcohol-based sanitizers and other similar compounds, face masks, personal protective equipment (PPE) kits, etc., instead of the non-essential products they were manufacturing before.

The Liquidity and Financial Squeeze

Demand downturn and a serious deficit of financial resources meant the smaller, ‘micro’ enterprises faced tumultuous times during the first and second COVID-19 ‘waves’. Even during times of normalcy, MSMEs face severe financial drought due to a severe lack of financial assistance from financial institutions like Banks, NBFCs and the Government. Even if there is availability of credit, these MSMEs end up paying a much higher interest rate on the amount they borrow.

Thus, in times of financial distress, the problem exacerbated into a crisis, not helping anyone in the entire Supply Chain Ecosystem. During these times, even solutions like traditional cash discounting are not effective, where sporadic buyer-initiated requests did not end up being accepted by the bigger corporates (buyers), who looked after their own interests in times of a crisis.

Some players in the industry, however, were able to address these issues by onboarding themselves on Supplier Financing Platforms that provided services like Dynamic Discounting (Bills Discounting/Invoice Discounting), which addressed these problems in a mutually agreeable manner.

The Government of India, knowing the importance of the MSME Sector, introduced a barrage of reforms, policy changes and initiatives to enable the industry to survive and thrive in these unprecedented times. As growth engines of the economy, India cannot afford to let down its source of economic influence. Which is why MSMEs are such an important part of the Government’s Atmanirbhar Bharat Mission: the Government’s vision to create a resilient, self-reliant India.

Thus, the sector has been identified as a ‘Priority’ sector, and some of the initiatives, besides the existing schemes, introduced by the Union Government include the following:

That the growth of the Indian economy is dependent on the growth of the MSME sector is common knowledge. And if we are to realize our dream to become a $5 Trillion Economy by FY 2025, the growth engine of our economy has to run at full capacity.

The answer to this perplexing dilemma is technology. As innovation pours into the entire Supply Supply Chain Ecosystem, better integration between the members of the supply chain, new avenues and opportunities for supplier financing, better access to discounting solutions would eventually lead to greater supply chain efficiencies- a shot in the arm for MSMEs vying to stay afloat.

Thus, to conclude, better access to financial resources and greater infusion of technology is what would transform MSMEs into the growth engines the economy needs to accelerate India’s Socio-Economic Development. This is where tech-enabled platforms like Xpedize step in to integrate the supply chain, streamline Supplier Financing via invoice discounting/bill discounting and enable greater overall efficiencies, transforming this existential threat into an opportunity for growth.

MSMEs and COVID-19: A Threat or an Opportunity?